Kicking off the Dive in Dialogue project 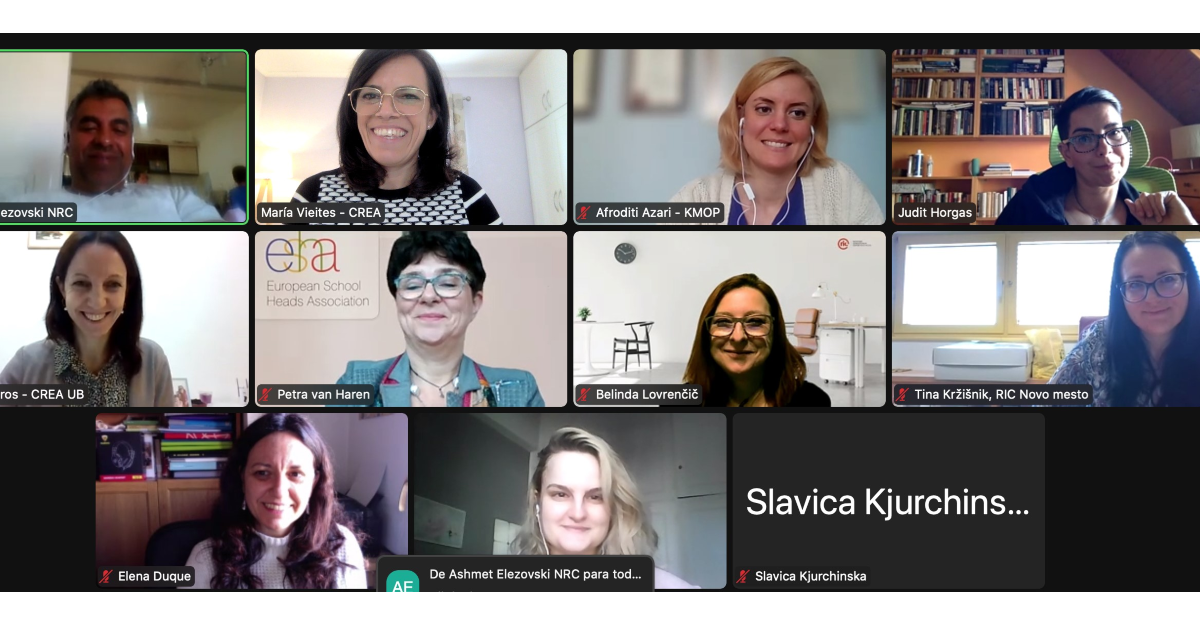 On 10 February 2022, and according to the established schedule, a first meeting was held to kick off the Dive in Dialogue project aimed at extending the Dialogic Gatherings in Europe and beyond.

During the meeting, which lasted 4 hours, partners had the opportunity to present themselves, to review the educational practice to be implemented, to agree on the timeline and the activities to be developed in the three years of the project, and finally to discuss on the roles and responsibilities of each of the partners. The quality assurance, management of risk and communication plan were also addressed during the kick-off meeting.

The meeting was held online in order not to delay the start of the project once the backlog of legal documentation and health authorities’ recommendations related to the COVID pandemic were assessed.

On 28 April 2022, a first training session of the LTTA1 on Dialogic Gatherings was held in an online format. More than 50 educators from 6 different countries participated in this first session which lasted over 4 hours. 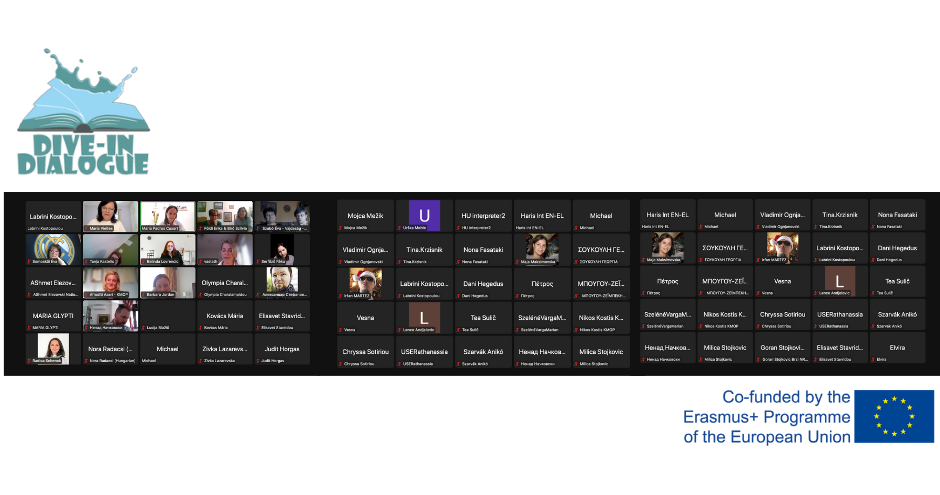 The creator of the Dialogic Gatherings and first scientist in the world in the social impact rankings, Professor Ramón Flecha, opened the session by encouraging participants to implement educational actions based on scientific evidence that has already demonstrated sustained educational improvements in different contexts. Professor Flecha also shared insights from decades of research on how providing the best knowledge to discuss, especially to the most vulnerable groups, can transform their life chances.

Following, Dr Sandra Racionero, double PhD at Winsconsin-Madison University, explained the latest scientific research from the field of socio-neuroscience on how we best learn. Her presentation focused on unpacking one by one the seven principles of dialogic learning as the fundamental basis necessary for the DGs to achieve the best results for all participants.

María Vieites Casado, a researcher at CREA, explained the step-by-step implementation of the DGs in their most practical aspects. She also discussed and justified the type of works that are used in these Gatherings, the best universal works of culture and science. Her intervention was accompanied by two testimonies from practitioners who have been implementing DG for years. First, Rachel Snape, Headteacher at Milton Road Primary School in Cambridge, UK, shared the successful results achieved with the implementation of the DG in Primary education; then, Pedro Filipe Matos presented his experience and good results at academic and coexistence level achieved by the rigorous and sustained implementation of the Dialogic Gatherings in Secondary Education.

Each of the sessions was followed by an extensive Q&A session in which participants could clarify content and share their doubts and contributions. All participants were able to speak in their mother tongue as simultaneous translation was provided throughout the sessions.

The event culminated with a Dialogic Literary Gathering, in which participants debated selected pages from Chapter XII of Homer’s Ulysses. Relevant subjects such as friendship, death and burials, learning from mistakes and solidarity were discussed.

If you would like to pilot Dialogic Gatherings in your school class or for any queries about the project, don’t hesitate to contact Afroditi Azari, Project Manager on behalf of KMOP (implementation partner in Greece) at dive-in-dialogue-project@kmop.org / +30 2103637547.

Join us at the “Sustaining Sustainability” Conference on October 7

MIRAD | Symposium on the rehabilitation & reintegration of VETOs